Daniel Okoesen Solomon grew up in Edo state from a loving family and while growing up he has always love music , He developed love for music since he was a kid  and always felt making remixes, until 2018, when He came to Benin City for a holiday and He was opportuned to own a cell phone.

The opportunity which led him to be able to access music recording applications & accessories, then He made an amateur freestyle, but loved his sound.

He did several songs all over the years, And even think that’s his legacy.

Qupayne AP is Inspired as by Nigerian Musicians, having the likes of  Olamide Baddo, Phyno, MI, likesh, etc.

He loves Rappers and loves Rapping as a hobby, Aside Music , Qupayne AP is a football and loves sport , he will also play music and rap while playing football, He has a HIgh School Diploma.

He started Music Professionally in 2018, he was still an underground and undiscovered artist doing what he loves on his own, Making music was his passion but he started with making music through mobile recording applications,using free beats and voice it with these application.

In 2015, He got exposed to hip hop by a friend who usually come hometown from the city.

Even being new to hip hop, I picked inspirations and differences.

He later started pushing out in songs on audiomack and made many freestyles and some cover songs of notable artist.

In 2022, QuPayne AP went into music business fully and started unleashing his potentials through music.

Qupayne AP is of an American accent and the flows of his trap songs are sweet to the ears.

QuPayne AP looks forward in working with international Rap artist and aspires to perform with the likes of Drake, Lil Wayne , Rick Ross, Eminem, Joyner Lucas and Cardi B.

QuPayne Describes himself as QuPayne AP which signifies Cool Pain from the deep emotion of rap and “AP” as An Ambitious Personality. 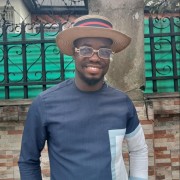 Nigeria Is Ready To Supply Gas Across Europe – President Buhari