The FIFA has said that Ukraine’s Qatar World Cup qualifying match against Scotland will be organised in June.
The pro-Indian government militia, Ikhwan-ul-Muslimeen—that targeted Pakistan-backed militants in Kashmir—was launched in 1993 by popular folk singer-turned militant Kuka Parray
In Uttar Pradesh, especially, encounter killings have become the new normal and have gained wider acceptability among civilians as well as law enforcement agencies in the past few years.
The culture of rifles among Adivasis, aided by the ever-increasing deployment of paramilitary forces, has permanently mutated the central Indian forests in Chhattisgarh.
The highest levels of government keep encouraging police, paramilitary and army units to eliminate “undesirables” even as the public cheers the rogue elements from the sidelines
The secret killings are not the first cases of alleged extrajudicial killings in Assam. Since the 1990s, individual cases of extrajudicial killings have been reported in the state.
Updated: 09 Mar 2022 11:08 am
Amid a shutdown of domestic football during the invasion by Russia, FIFA agreed on Tuesday to Ukraine’s request to postpone the national team’s 2022 FIFA World Cup qualifying playoff in Scotland in two weeks’ time. (More Football News)
FIFA also awarded Poland a bye through its playoff semifinal against Russia that was also scheduled on March 24. That decision will be tested by an urgent Russian appeal to the Court of Arbitration for Sport against a FIFA ban on its national teams.
FIFA said it will now organize the Scotland-Ukraine game in June during the next fixture dates protected for national teams. The delay became likely when the Ukraine Premier League shut down after the Russian military invasion on February 24.
Ukraine cited “the impossibility of organizing both the travel and training of a team under the current circumstances,” FIFA said in a statement.
Most of the Ukraine squad is typically drawn from domestic clubs Dynamo Kyiv and Shakhtar Donetsk. They were unable to resume games on February 26 after a midwinter break and most of their players from other countries left Ukraine to escape the war.
The FIFA postponement adds more uncertainty to the World Cup finals tournament draw on April 1 in Qatar. It was already going ahead with two of the 32 entries undecided because of a fixture backlog during the COVID-19 pandemic.
An intercontinental playoff round had to be pushed back to June. The draw in Doha should now have only 29 confirmed teams with the playoff bracket featuring Scotland, Ukraine, Wales and Austria now stalled.
Ukraine were to face Scotland in a single-game playoff semifinal in Glasgow. The winner was to play at Wales or Austria five days later for a ticket to Qatar. The Wales-Austria game will go ahead on March 24.
European national teams are set to return to action after the 2021-22 club season ends at the Champions League final on May 28. Ukraine’s Oleksandr Zinchenko could be involved in that game with Manchester City.
June 2 shapes up as the next option for a Scotland-Ukraine playoff on a date when several countries begin their UEFA Nations League groups.
Scotland and Ukraine have already been drawn together in a second-tier Nations League group and were due to face each other in Glasgow on June 7. The date could be needed for the playoff bracket final against Wales or Austria.
Russia’s war on Ukraine has caused more uncertainty for the World Cup playoffs schedule. FIFA and UEFA imposed a ban last week excluding all Russian teams from their international competitions.
The Russia-Poland playoff was part of a playoff bracket including Sweden and the Czech Republic. The other three soccer federations have refused to play Russia. The Russian Football Union’s appeals were registered on Tuesday by CAS.
Russia first seeks to freeze the punishments in a bid to allow the national team to play.
Subscribe to get complete access to Outlook Print and Digital Magazines, Web Exclusive stories and the Archive. Attractive gifts with each subscription.
© 2022 Outlook Publishing India Pvt. Ltd 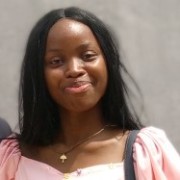